GMFA is an Awards Ceremony which takes place annually online globally. The ceremony is open to filmmakers who shoot their films with only mobile phones and who have won official awards at ANY film festival or film/video contest. Any mobile or non-mobile Film Festival may sponsor a nomination for a filmmaker who shot their film using only smartphones if the film won an official award in their festival by submitting the awarded film to GMFA.

Filmmakers may also submit their film for a nomination to GMFA on their own. If the film festival where you won your award submits the nomination for you, they will pay your submission fee and may receive promotion by nominating your film.

Blue Moon, Mad House, The Deepest Cut, Life in a Tiny Town, Chains, Sophie Sutton & Gaia. Awards are all listed with links and details on the Awards Page.

Our goal is to award mobile phone filmmakers who have achieved technical and artistic excellence in film using only smartphone cameras. Our aim is to recognize and award the best of the best mobile films world-wide.

Congratulations to the winners of Global Mobile Film Awards™ 2018

Two of the winners of Global Mobile Film Awards™ 2018 are on the honorary judge panel for the International Mobile Film Festival in San Diego.

Brian Hennings, winner of Best Cinematography Film in 2018 for his film Focus.

Matteo Tibiletti, winner of the Best Experimental Film in 2018, for his film Yes, No was in attendance in San Diego to present the honorary award to one attending filmmaker from the short film competition for #MFF2019SanDiego. 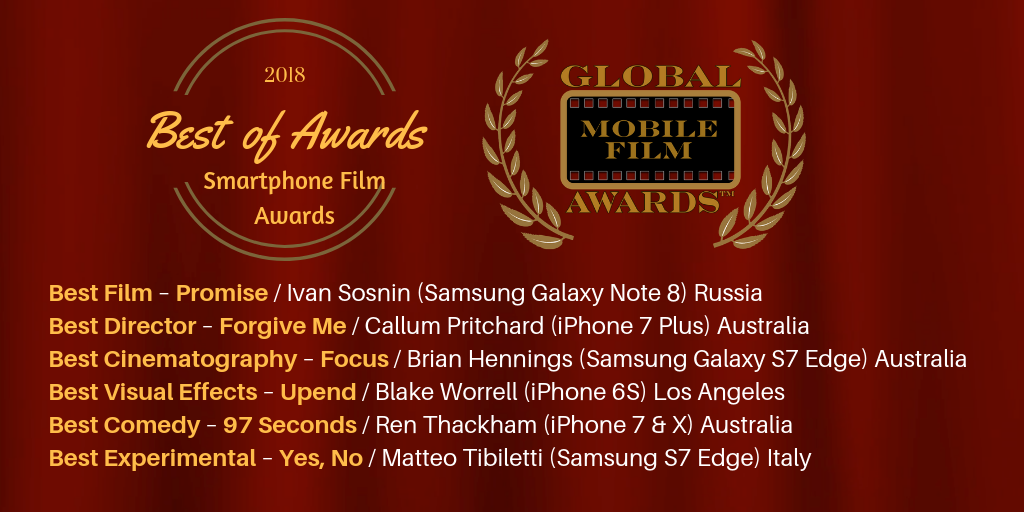 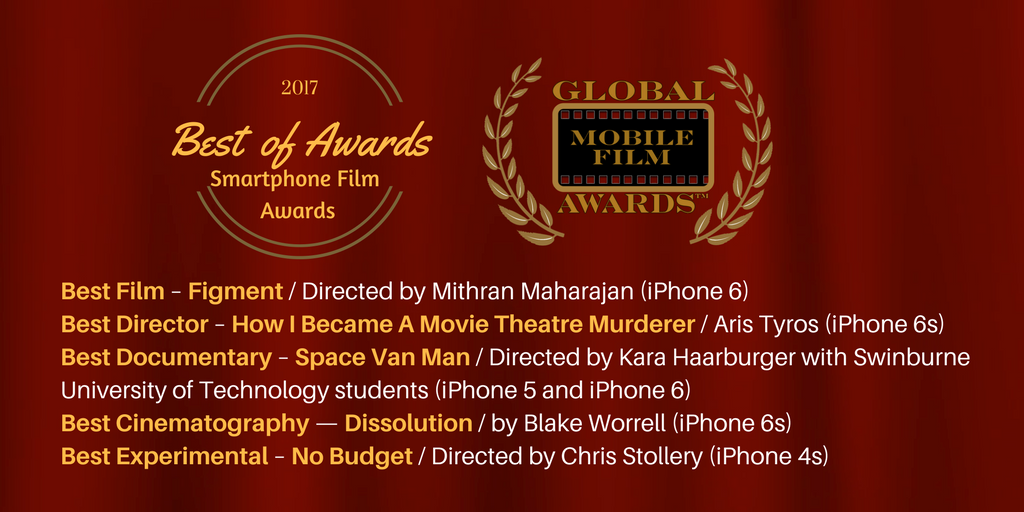 Winners were announced during the Awards Ceremony online in December 2017.

Get more information about the nominees and the Judges for the winners of the best films each year. Only films who have won official awards are eligible for a nomination to Global Mobile Film Awards™ which is not a film festival but an awards ceremony dubbed as the Oscars® except for films shot with smartphones. Filmmakers and member film festivals can submit winning films for a nomination.